Our vegan take on poulet moambe from the Democratic Republic of the Congo uses plant-based chicken coated in a rich tomato and peanut butter sauce flavoured with onion, garlic, chilli flakes and ginger. This easy vegan chicken dish works nicely with a side of rice and vegetables.

The Democratic Republic of the Congo holds a rather special place in my heart. It was in fact the birthplace of my grandma. Her parents were missionaries from England who had come over to DRC do long-term mission work. Sadly, both my grandma’s mother and her twin brother passed away during the birth due to the limited healthcare available at the time. In many ways, it was a miracle that my grandma survived. Cooking a meal from the Democratic Republic of the Congo was a very poignant reminder of my family history and my precious great grandparents.

Before jumping into the history and cuisine of the Democratic Republic of the Congo, I thought I’d clarify something that I have always found very confusing. What exactly is the difference between the two Congos? There is the Republic of Congo aka Congo-Brazzaville, and the Democratic Republic of the Congo aka Congo-Kinshasa. Both countries share similar names, languages, cultures, cuisine and natural resources. However, the two countries have a few distinguishing features.

As one of the largest and least developed countries in Africa, the DRC is sadly the second largest hunger crisis in the world after Yemen. The ongoing conflict in the DRC has caused much displacement of its civilians. Currently, there are over 5 million people who have had to flee from their homes, their fields and their livelihoods.

Due to the limited amount of cultivated land and the unstable economy of the DRC, Congolese cuisine is very basic and relies heavily on staple ingredients.  This mostly includes carbohydrates such as cassava, taro, rice and yams. Peanuts and palm oil are the main source of protein and fat in the Congolese diet. For animal protein, chicken and goat are mainly eaten, however are often reserved for special occasions due to the expense. Influences of French and Belgian cooking techniques are still present in the cuisine from the countries colonised days.

We thought we’d try our hand at making the national dish of the Democratic Republic of Congo, which is Poulet Moambe. Traditionally, this dish is made with chicken simmered in a palm oil and spices. Normally, we wouldn’t consider turning such a meat-centric dish vegetarian. However, we decided it would be an interesting challenge, and also an opportunity to try out a plant-based chicken and see how it fared.

As vegetarians, we’ve got rather mixed feelings about meat alternatives. On one hand, we see it as a great pathway to reducing meat consumption whilst still getting to eat something that tastes hearty and substantial. On the other hand, its hard to determine which meat alternatives are still healthy and which are overly processed and full of crap. For us, we try to eat and cook with whole foods such as vegetables, legumes and nuts as much as possible, and just use meat alternatives every now and again as a treat.

For this recipe, we used an meat alternative called Sunfed chicken. It certainly has the chunky look and texture of chicken. However, we weren’t the biggest fans of it. Perhaps it was the way we prepared it, but it had a slightly weird mouth-feel and taste. If we were to make this recipe again, we’d probably use Quorn pieces instead, which we personally prefer the taste and texture of. Feel free to use whatever meat-alternative you see fit. Also, just to note that you wouldn’t find peanut butter in a traditional Poulet moambe. However, as peanuts are commonly found in the DRC, many recipes online do call for its use. Also, it does add a heck of a lot of flavour to the sauce.

This dish is super easy to make and come together in one pan and just a few steps.

We’d suggest serving this dish with our Congolese green rice and a side of vegetables (green beans or broccoli would work nicely).

Like this vegan poulet moambe recipe? Pin it for later!

END_OF_DOCUMENT_TOKEN_TO_BE_REPLACED 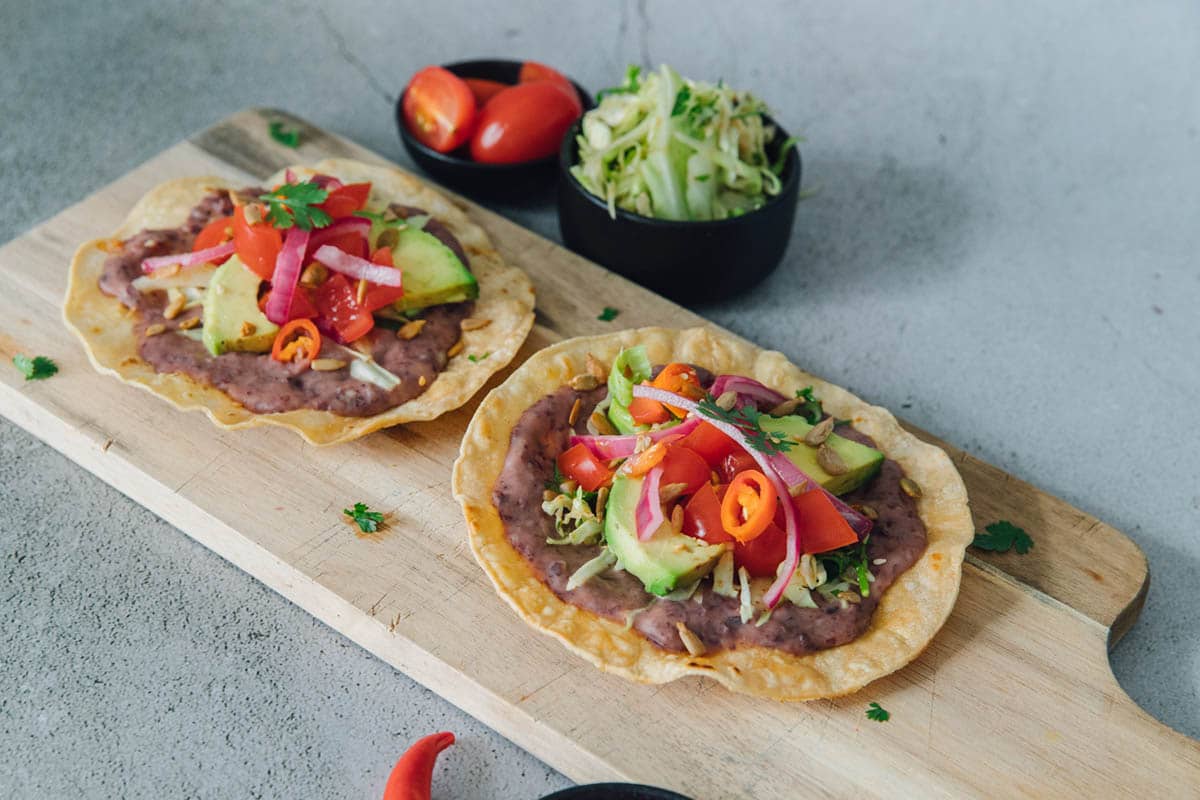