This soupe faux pois recipe from Comoros has a wonderful zing provided by ginger and cayenne and freshness from the mint, which makes it an ideally refreshing lunch all year round. It uses a coconut milk base, making it naturally vegan and gluten-free.

Another day another African country we don’t know much about. This challenge has certainly been damnatory of our poor African geography, that’s for sure. The Comoros archipelago is found in the Indian Ocean between the east coast of Africa and Madagascar.

The Comoro Islands are sometimes referred to as the ‘perfumed islands’ due to their fragrant foliage and stunning beauty. Due to their location, they were once a key trading hub between East Africa and Asia. As such, the culture of Comoros is influenced by various others, including African, Arabic, French and Malagasy.

The islands were explored by early Persian settlers, who introduced Sunni Islam to the island, which has remained the country’s predominant religion. The Persian settlers set up trading relations with various Asian and Middle Eastern nations, and for a while Comoros was a major exporter of spices and slaves.

With the opening of the Suez canal, Comoros’ importance as a trading port was significantly diminished, and eventually the French occupied it in the 19th century. Three of its four islands claimed independence from France in 1975. The country today is impoverished, which is in part due to a brain drain to France, and a reduction in domestic exports. It also suffers from political instability, which has damaged its chances of becoming a tourism hot spot.

Comorian cuisine is a fusion of Persian, French and African flavours. As a lush island, its cuisine has a wealth fresh fruit and veges, and seafood is served in almost every meal. As a spice exporter, Comorian cuisine is very flavourful, utilising the vast array of spices at its disposal. Rice is a staple of the diet, and is served alongside many dishes.

The prep for this dish is pretty quick and it only requires 25 minutes of simmer time to cook, so it’s an ideal lunch to make if you don’t want to go to a lot of effort. You simply sauté up the vegetables, add the rest of the ingredients (minus the coconut milk), simmer for 25 minutes, blend everything up, mix in the coconut milk, reheat, and serve!

It doesn’t take expertise in the kitchen to whip up this simple yet tasty soup! Just cook up the ingredients, blend everything together and you’re ready to go.

Serve with fresh, lightly toasted bread, or if you want the full Comoros experience, fry up some Mkatra Foutra (sesame flatbread) to have alongside.

Liked this soupe faux pois recipe? Pin it for later!

This pillowy dish of air, cheese and leek emerges from a generously creamy cheese sauce. A true French classic, twice-baked goat's cheese and leek vegetarian souffle is the perfect wintry balance of airy yet substantial and soul-warming. Country Number 62: France... 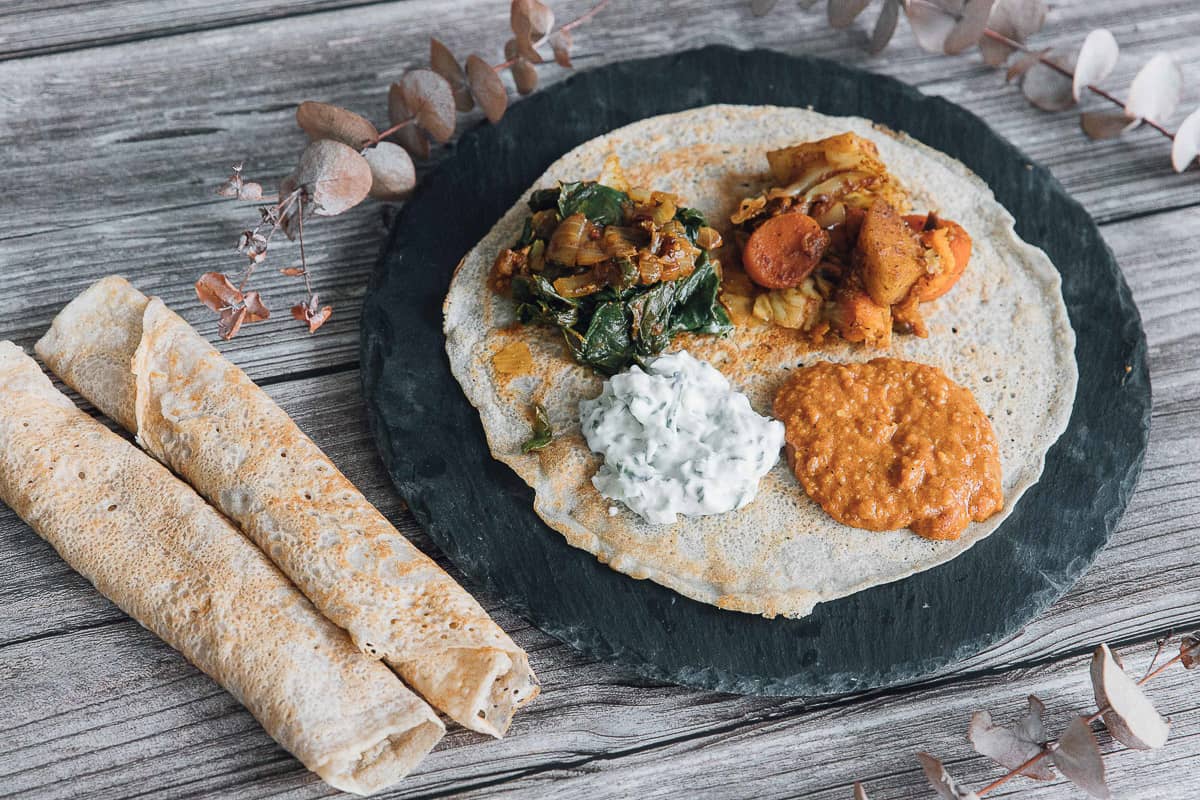 Sourdough injera is a spongy flatbread, texturally something between a crepe and a pancake. It has a sour tang, which cuts through the savoury stews it is usually served alongside. Injera is found in Ethiopia and Eritrea, and is utilised not just as an accompaniment,... 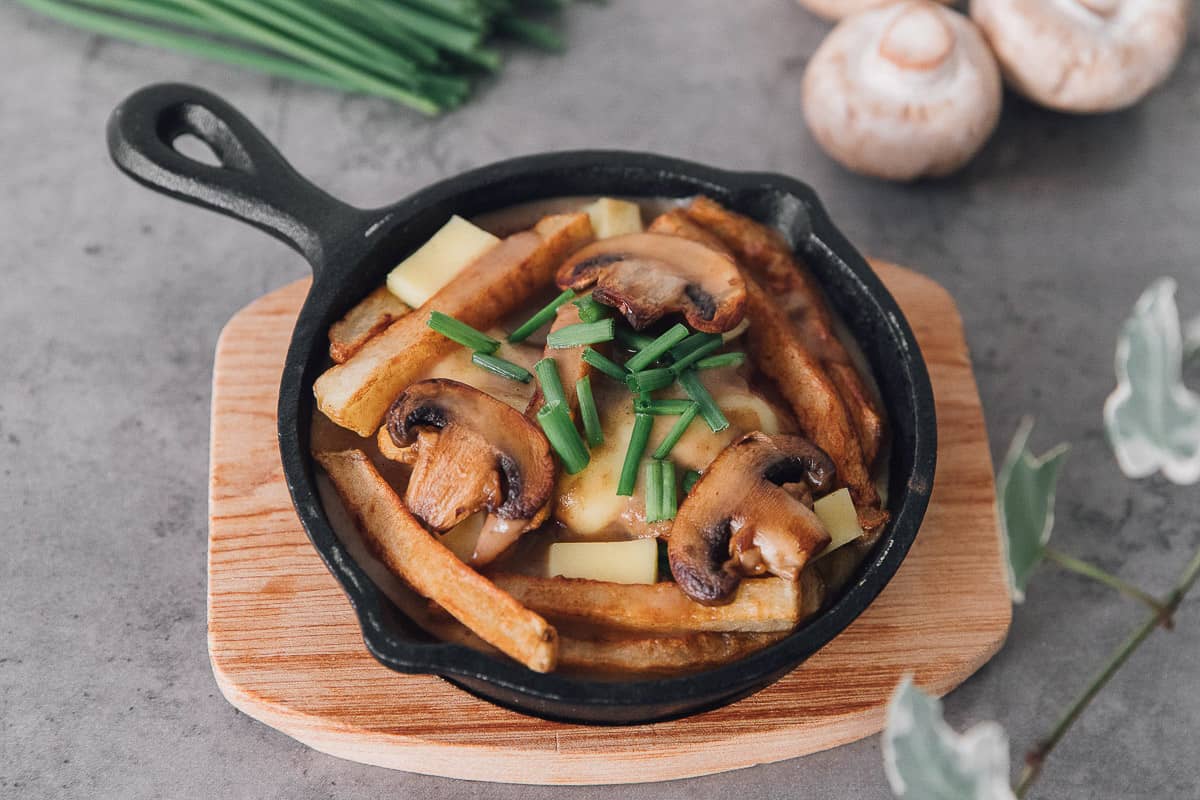 This vegetarian poutine retains all the flavour and substance of Canada's national dish. Homemade thick-cut fries are covered in a rich, hearty mushroom gravy, topped with gooey cheese curds and fresh chives. Canada Overview Oh Canada. What a fantastic nation. So many...

END_OF_DOCUMENT_TOKEN_TO_BE_REPLACED

This vegan bliss balls recipe is the definition of wholesome decadence. Chocolate-coated, packed with a protein-rich filling, and flavoured with a unique blend of spices inspired by Grenada cocoa balls, these will be your new go-to healthy snack! Bliss balls (or...

END_OF_DOCUMENT_TOKEN_TO_BE_REPLACED 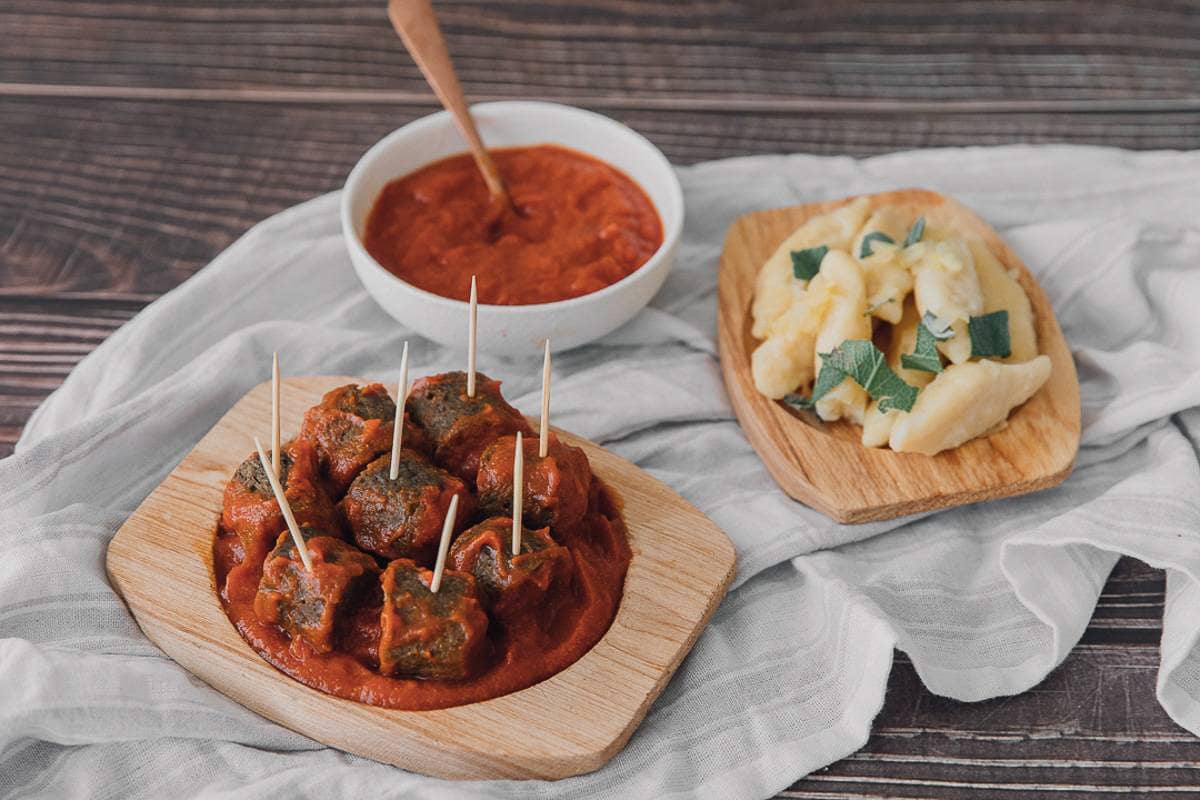 These vegan currywurst are a meat-free take on the popular German street food. Slices of steamed seitan bratwurst are served in a rich curry ketchup sauce for a devilishly delicious delight. Nicola and I have done a lot of travelling together (perks of Niccy being a...