A Guide to Universal Studios Japan (+ the Wizarding World of Harry Potter!)

I had honestly forgotten how much I love theme parks until I entered through the front gates of Universal Studios Japan. I couldn’t wipe the grin off my face as I walked down the main street. Surrounded by cartoon characters running past, roller coasters whizzing overhead and cheery music filling the air, I was back in my happy place!

Universal Studios Osaka was certainly a far cry from any of the theme parks I had been to in the past. I may not have been able to understand the Japanese-speaking Harry Potter, had no idea who any of the anime characters were, and was rather unaccustomed to some of the strange snacks offered around the park, but it was these unique Japanese quirks that made my day at USJ so delightful. Here is a little guide on how make the most out of a day at Universal Studios Osaka!

Dust off your broomsticks and get your wand ready as you enter the mystical, magical, magnificent Wizarding World of Harry Potter! During peak times, you may need a timed entry ticket to get into this section of the park, which you can obtain in advance or on the day at central park. Once you’re inside, here are a few of my top Wizarding World of Harry Potter Must-do’s:

Take Part in Some Wand Magic

Head to Ollivanders and purchase your very own magical wand! I’m telling you now, this isn’t just any old souvenir wand…The wand comes with a map and allows you to cast magical spells around Hogsmeade Village! The wands don’t come cheap, but then again, can you really put a price on magical powers?

Try a mug of butter beer, or better yet, some butter beer ice-cream. Be warned, you will probably be on a magical sugar high after consuming this sickly sweet concoction…

Buy some famous Bertie Bott’s Every-Flavored Beans at Honeydukes Sweet Shop. With flavours like vomit, earwax and booger, these jelly beans aren’t for the faint-hearted!

Enter the Hogwarts castle and experience what has been named as the ‘world’s best attraction’, Harry Potter and the Forbidden Journey in 4k3D. This was by far the most impressive simulator ride I’ve ever been on- I’ve never felt so close to Hogwarts!

USJ have just opened a new ride called ‘The Flying Dinosaur’, which is a roller coaster unlike anything I’d experienced before! The ride has everyone lying horizontal to the ground which honestly makes you feel like you are soaring through the air. The ride lasts for a solid three minutes , speeding you down massive drops as well as swinging you around 360 degrees. So. Much. Fun.

I always assume my options for a theme park lunch will be a sad-looking hot dog or a greasy burger and chips. Apparently not at Japanese theme parks! At the Straw Hat Grand Fleet Feast Restaurant (which is open during the festivities of the Universal Jump Summer) , you can take part in a lively feast as the Straw Hat crew serve you up plates of chicken, pork or salmon with rice and vegetables. As far as theme park meals go, the food at Universal Studios Osaka is pretty nutritious AND delicious.

It’s not hard to see that the minion craze has taken Japan by storm- given the sheer amount of people I saw around the park in minion-themed dress ups! During summer, the Cool Time Minion Shows around the park are very popular, and allow you to get up close and personal with these cute characters (and cool down in the process)!

Themed food is somewhat of an institution in Japan, so it makes sense that it is in plentiful supply at USJ. The Studio Stars restaurant creates meals and treats themed around popular cartoons like Yo-Kai Watch.  It’s the perfect place to take kids (or kids at heart)… I’m not going to lie, I was seriously swooning over all the adorable character-themed desserts!

After spending the day walking around a theme park in the hot sun, a bit of a refreshing cool down is always appreciated. The RE-BOOOORN summer party will leave you soaking wet and hopefully with a big smile on your face. The street was taken over with dancers and characters equipped with water guns, and water canons fired from every angle of the street. Just a tip- hide your valuables, and buy a rain poncho if you don’t want to come out looking like a drowned rat!

The Death Note Escape Room is a special attraction opened as part of Universal Jump Summer. It was unexpectedly one of the highlights of my day at USJ! If you aren’t familiar with the concept of an escape room, basically the idea is you and a team are locked in a room or series of rooms where you must solve clues in order to escape in the given time limit. The Death Note experience started in a TV broadcasting room where a scenario begins to play out. Each team is given an iPad that provides a map and clues, and is then released into a four-story building with different clues to solve in each room, working against the clock to solve all the clues within the hour. Although the whole introduction is only in Japanese, the iPad can provide clues in English, so even if you don’t speak Japanese you can still partake in the experience.

Hollywood Dream- The Ride is one of Universal Studio’s most popular thrill rides. I regrettably didn’t have time to ride this roller coaster during my day at USJ, but I’ve heard it is pretty exhilarating. Oh, and you know the coolest part about it? You can now ride the roller coaster BACKWARDS!

A big thanks to Universal Studios Japan for such a fun-filled day!

Join in the conversation! Leave a comment below. Cancel reply

This site uses Akismet to reduce spam. Learn how your comment data is processed. 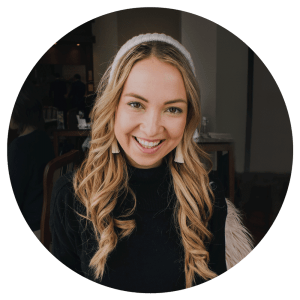 Hey there! I'm Nicola, a travel photographer + blogger based out of New Zealand. I've been lucky enough to spend the past five years seeking out unique travel experiences in over 56 countries across the globe. Now I want to help YOU live out your most adventurous life!

Take a peek at my latest project: 19 Things you NEED to do in Istanbul

A Beginner’s Guide to Island Hopping in Croatia

6 Unforgettable Places to Stay In Tasmania

10 of the MOST Scenic Places in Japan

Dreaming back to the time we explored the most mag

Happy birthday to the love of my life @jamesindeed

We are finally getting some cold weather here in N

Can you tell I’m a little bathtub obsessed? I ju

Can I be candid for a minute? It’s been quite s

Dreaming of when I can finally return to one of my

#AD If you are anything like me, the world of skin

Copenhagen has got to be one of the prettiest citi